As an investor, the time to find a safe haven is now 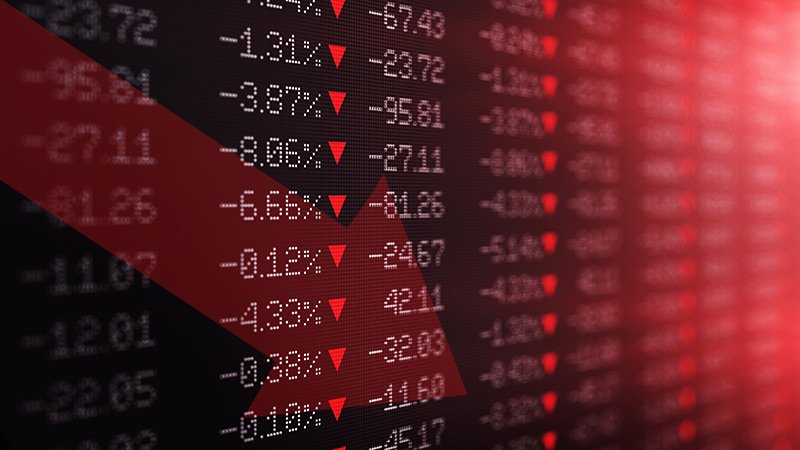 The global economic outlook is shifting. An uncertain political climate, together with a move towards protectionist policies and tit-for-tat trade wars, are all having an impact. High profile events such as Brexit are taking their toll too. Economies across the world have lost their momentum and growth has already fallen back. But, there’s worse to come.

Analysts are waking-up to the fact that we are heading into a perfect storm of financial crises. On their own, each of the following could cause a slump; together they could cause a complete financial meltdown. The threats are:

Quantitative easing, where central banks purchase assets to stimulate the economy, is traditionally used when other policies, such as cutting interest rates, fail. It’s a blunt instrument, particularly when used for a prolonged period. Every time you add a dollar to the economy by ‘printing money’ it devalues what’s already in circulation. Between 2008 and 2016, the Federal Reserve in the US printed $12.3 trillion. It’s not just in the US either. In the UK, the Bank of England has spent £435 billion on buying government debt in a programme of quantitative easing.

Despite the best efforts of governments, inflation is soaring, and in some countries has increased by 15% over the past decade. Inflation hits investors hard. Investors have been fleeing from the US dollar and other fiat currencies and putting their money into commodities, precious metals and oil. The knock-on effect is the price of food is increasing family food bills by percentages running into double figures. Purchasing power is decreasing dramatically. Once an inflationary spiral begins, it is tough to stop it. It can easily spill over into hyper-inflation, as we saw in Zimbabwe in 2006.

More than ten years on from the Global Credit Crunch, which saw the collapse of a series of major financial institutions, there are clear signs that lessons have not been learned. Investors are piling into direct-lending funds which specialise in borrowers who are too small, or too risky to be bank clients. If interest rates rise, which they will do, the whole house of cards will come crashing down once again.

We are nearing the time when the generation of so-called baby boomers are on the cusp of retirement. This will have a devastating impact on the world’s economy because the ratio of retirees to working people will become completely unbalanced. With fewer people of working age, wages will rise as employers fight to retain the pick from the smaller pool of labour. Meanwhile, taxes will need to rise to pay for all the services retirees require, from pensions to healthcare.

Now, more than ever, it is time to take advantage of gold’s enviable track record as a sound investment.

Gold is the safe haven

What the City doesn’t want you to know

There have always been bolt holes at times of economic stress and turmoil. The US dollar, defensive stocks such as utilities and pharmaceuticals, government bonds and, of course, gold. This time though: gold is the clear front runner. Here are the facts:

Experts are already raising the possibility that we are seeing the beginning of the end of the dollar as the world’s reserve currency. Some of the biggest economies in the world have agreed to shift away from the US dollar in a clear sign of its fall in value and stability. The European Central Bank, French Central Bank and German Bundesbank now all hold stocks of Chinese yuan. With more and more international trade being conducted in rival currencies, the once-powerful dollar is looking weak.

With government bonds, you’ll pay a high price for protection. In the UK, if you put your cash into one for ten years, the government will pay you just 79 pence a year for every £100 you lend it. In Germany, investors have to pay the German government for the privilege of owning its bonds. And the bond yields just 0.2%.

Thinking about defensive stocks? Well, after the second longest stock market bull run in history, stocks are up 300%. However, over the same period, the prices of real goods and commodities have actually fallen. The steady rise in stock prices are all a big City-created bubble and at some point this bubble will burst. Why? Whenever real growth does occur, and the government switches off the free-money, financial engineering taps, the ruse will be exposed. Credit will tighten, and put a massive downward pressure on stocks and bonds, leading to significantly lower valuations.

Investors turn to gold because it can always be trusted to store value. During the 2008 global financial crisis, when the Dow Jones plummeted from 14,000 to 7,000, and $10 trillion dollars was wiped off global stock markets, the gold price rose from $850 per oz. to $1900 per oz. an impressive 131% increase in value. When confidence in the financial system is low, the value of gold always increases.

There have always been bolt holes at times of economic stress and turmoil. The US dollar, defensive stocks such as utilities and pharmaceuticals, government bonds and, of course, gold. This time though: gold is the clear front runner. Here are the facts:

We’re used to fiat currencies such as the US dollar, British pound and Japanese yen and assume they are always going to be around, right? After all, we’ve been brought up on the concept of these currencies that respective governments have declared to be legal tender, even though they are not backed by an actual physical commodity.

The history of fiat currencies has been littered with failure. A study of 775 fiat currencies by Dollarday.org found that there is not one single historical precedence for a fiat currency holding its value. They’ve been monetarily reformed (24%), still in circulation, awaiting outcomes (23%), destroyed by war (21%), failed through inflation (20%) or destroyed by independence (12%).

The British pound is the oldest fiat currency in existence and has been around since 1964. On paper, that sounds pretty steady and dependable. Except, it isn’t. The pound was originally defined as 12 oz. of silver. At today’s value it is worth less than 1/200 or 0.5% of its original value. Turn that on its head and that means the pound has lost a terrifying 95.5% of its value.

Gold shines through the test of time. It’s the only currency to retain its value.

History speaks for itself

Whatever the challenge: gold responds positively

Investment in gold is not a shot in the dark. It’s a consistent strategy that has paid dividends time and again through history. When times get tough, wise investors consistently turn to gold as a protective measure against economic crisis or inflation. They have always been rewarded with soaring prices in return.

Step back time to 1973, when gold prices rose sharply in response to President Nixon’s policy to detach the US dollar from the gold standard in an attempt to reduce inflation. The price for an ounce of gold nearly tripled in three years, from $42 to $120. Fast forward 35-years to the global credit crunch and we saw investors turn to gold once again. In three years, gold reached a peak of $1,895 an ounce, an almost 90% increase since 2009.

Today, we are already seeing gold prices edging up again. Analysts are predicting that values will soar once more, as investors and commodity traders shift into the safe haven of gold. As the reality of the weakness of the global economy starts to bite, with bonds, equities and other financial assets starting their inevitable decline, alongside a weakening dollar and increasing inflation, it is inevitable that gold will be in the spotlight again.

We live in uncertain times. Right now, the threat of Islamic State continues to destabilise the Middle East, there are rising tensions between the US and North Korea, ongoing conflict between Israel and Palestine, and an escalating political stand off between Russia and the West. Meanwhile, many other regions such as Libya, Egypt and the Horn of Africa are weathering the storm of increasing political tensions. It’s not an ideal situation anywhere, but viewing it purely from the perspective of gold, there are plenty of examples of the price of gold rising in response to conflict, or the threat of conflict. When Iraq invaded Kuwait in 1990, the price of gold shot up by 15%. Even unsettling rumours can have an impact. In 2014, when there were rumours of American intervention in Syria, gold prices reacted strongly. Most recently, when tension between US and North Korea initially became inflamed in 2017, gold prices rallied by 2.3%.

Given the current geo-political turmoil, countries such as China and Russia, are expected to continue to ramp up their gold reserves. These two countries still hold a lower proportion of gold reserves than western countries such as the US, France and the UK. It is inevitable demand will increase in line with this demand, as well as against an uncertain political backdrop. Ever greater numbers will seek a commodity that provides a stable value.

The time to invest in gold is: now

Steady and reliable. A fantastic addition to any portfolio.

As with any investment, it is impossible to say when gold will make its move in response to the perfect storm of current global financial and political threats. The only certainty is: it will happen. And all the signs point to the fact it will most likely be soon.

Here’s what we do know;

Historically, debt levels of 90% of GDP are linked to significantly higher levels of inflation. When the ratio hits, or surpasses these levels, inflation rises to around 6%. When debt levels are below 90%, you can expect inflation to be around the 0.5% to 2.5% mark. In the US, debt levels to GDP stand at over 105%, and rising. It’s higher than elsewhere, but it is leading the trend. In Spain, for example, the level is 99%. The Federal Reserve and Washington is working on resolving the issue, as are the heads of other countries, but devaluing currencies to reduce the debt burden has its other issues.

Whatever happens, the stage is set for gold to make a dramatic move.

The basics: Supply and demand

The potential for a value increase in gold has not gone unnoticed elsewhere. China, which now has an output of 455 metric tons a year (overtaking South Africa as the largest gold producer in the world), is also a leading importer. In 2016, China imported $64 billion in gold, while only exporting $1.2 billion.

South Africa, once the dominant force in gold mining, has seen new discoveries occur less frequently. The gold that was easiest to find and extract, has already been taken out of the ground. Even when new sources are found, it can take years for a gold mine project to develop and begin bearing valuable new gold supplies.

The US holds the most amount of gold in its reserves, but the amount has been virtually unchanged since the beginning of the century.

Demand for gold far outweighs the supply of gold and that trend is only going to get greater. As supplies dwindle and demand rises, gold prices will increase. It’s the basic economic rule of supply and demand. 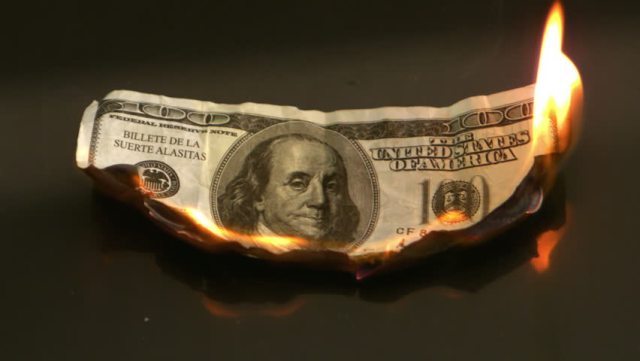 Certainty in an uncertain world

Gold is, without a doubt, the ultimate insurance policy. It has proved itself time and again as the right, most profitable, choice at uncertain times. It’s remained a steady source of value over hundreds of years, seeing off numerous fiat currencies, triumphing over periods of inflation, or even hyperinflation, and remaining unscathed at times of financial or even political collapse.

Investing in gold is not just the safe haven, enabling you to protect your wealth. It is the key to growing your wealth at a time when everyone else is losing theirs.

Now is a great time to buy gold

Please complete the fields below and one of our sales representatives will be in touch with you shortly.